The attack on the US Capitol on January Sixth, 2021, was an event in which the US Senate was breached and temporarily occupied by insurrectionists under the belief that they were ‘saving the nation’ from a Liberal-led government under Joe Biden and Kamala Harris. Outgoing President Donald Trump held a speech hours before the attack took place, in which he inflamed and gaslit attendees into storming the US Capitol grounds, which led to the deaths of US Capitol Police officer Brian Sicknick and insurrectionists Ashli Babbitt, Benjamin Phillips, Kevin Greeson, and Rosanne Boyland. Officer Sicknick was dragged into a crowd of insurrectionists and pepper-sprayed, dying after the riot from his injuries and a stroke related to a medical condition; Ashli Babbitt was shot by a capitol police officer after climbing through a broken window leading towards the Senate chamber; Benjamin Phillips died due to a stroke while present in the Insurrection; Kevin Greeson also died due to a medical emergency while at the insurrection, which was a Heart Attack; and Rosanne Boyland was killed in a stampede of pro-trump insurrectionists when storming the capitol grounds.

Image of Insurrectionists outside of the US Capitol Building on Jan. 6th, 2021. (Leah Mills via Reuters)

Due to delayed police and military response to the insurrection (mostly due to then-President Donald Trump withholding permission to deploy), the Capitol was under Insurrectionist occupation for several hours before the US National Guard and several SWAT teams swept the building and cleared it of insurrectionists. The attack shook the United States to the core, and today is the anniversary of the attack. After the attack, seven officers were lost to suicide relating to responding to it, and out of respect for them, their names will not be listed. Qanon and other conspiracy and extremist fringe groups were in attendance (however only made up a small amount of attendees), and while inside the Capitol, it was very clearly stated by the Insurrectionists that they were planning to hang Vice President Mike Pence and kill Speaker of the House Kamala Harris for “betraying” the United States. 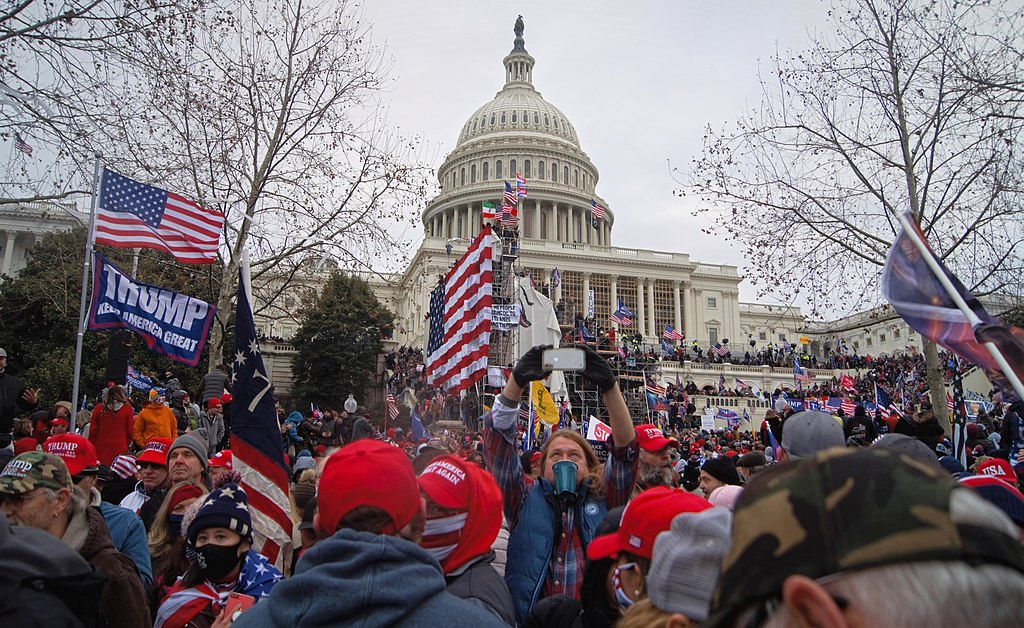 President Joe Biden held a speech on the anniversary of the Capitol attack, denouncing former US president Donald Trump, saying that he “held Trump responsible for the attack” and accused the ex President of “spinning a web of lies”. Originally, there was going to be a commission to investigate the event, which was to be styled after the 9/11 Investigation from the 2000’s, however it was blocked in Congress by Republicans. President Biden also stated during his anniversary speech that Trump and his old staff were “a dagger at the throat of America” (New York Times). He also called Trump’s actions while in office and during the riot as an ‘Un-Democratic and Un-American campaign’ against the electoral college and the processes of official US elections.

President Biden speaking at the Capitol on the Anniversary of the attack on the US Capitol (Doug Mills, The New York Times)