In China’s Xinjiang Province, protests have erupted in recent weeks over the Chinese government’s strict enforcement of its COVID-19 policies. Rumors began spreading after a fire in the capital city of the Xinjiang Province, Ürümqi, killed 10 Ürümqi residents and injured many more. Video of the fire captured by nearby residents of Ürümqi showed fire trucks appearing to be unable to reach the high-rise building which was on fire due to the Chinese government’s COVID-19 lockdown policies, which had fenced-off areas of the city, including outside of the Ürümqi highrise. Protests started in Xinjiang province over the deaths and a long-standing internationally unrecognized genocide of Xinjiang’s ethnic Uyghur-Turkish population, resulting in many large protests throughout the center and nearby regions of Ürümqi. Protests quickly spread over Chinese chatting services like Wechat and Weibo, with protests starting in central China and major cities on the Chinese coast like Shanghai and Beijing. Protests also spread to the city of Hong Kong, which has long been a site of anti-government sentiment amongst the local population, but they were more suppressed due to protests in 2019 and 2020 over other issues which resulted in Hong Kong’s military and police presence sizing up significantly. 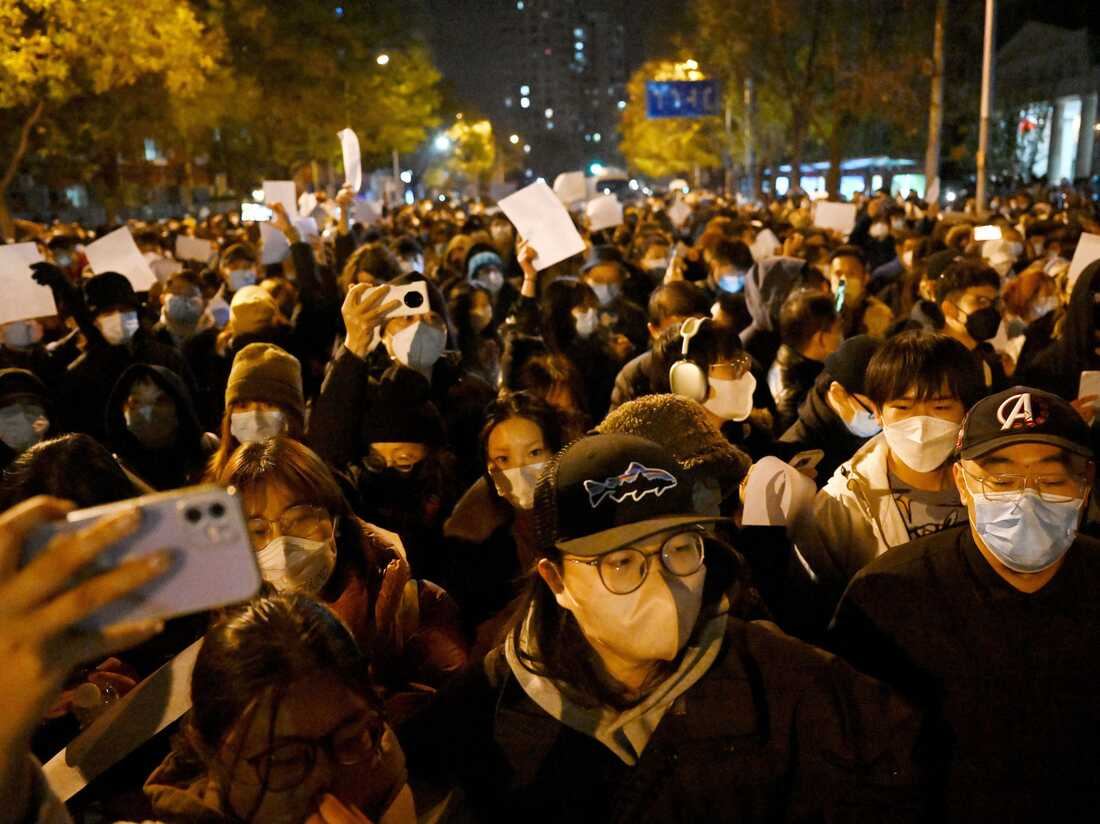 In response to the protests, the Chinese government and many city governments, including the city of Guangzhou near Hong Kong, decided to loosen their COVID-19 lockdown policies, most likely as a way to appease the demonstrations. This strategy, combined with a heavy police crackdown on the protesters (including random searches of mobile phones at Shanghai Central Station), have caused a steady decline in the number of protesters that have gathered in recent days, infected will be allowed close contact during quarantine with their close relatives, which was originally banned entirely in the city. Other Chinese cities and provinces have also loosened restrictions on COVID-19, including some cities allowing at-home quarantines (if infected) and the removal of mass testing, despite COVID-19 cases in China remaining at record highs all through the month of November.