At the ‘Wings over Dallas’ Airshow Saturday over Dallas Executive Airport, in Dallas, Texas, two WWII-era aircraft collided mid aerobatic maneuver and crashed, killing all 6 of their crewmen. 5 crewmen were killed while piloting the WWII era B-17 Medium Bomber ‘Texas Raiders’, after a Bell P-63 ‘Kingcobra’ fighter aircraft (piloted by one crew member), crashed into the tail section of the B-17 while making a turn near th be aircraft. The incident was captured by cell phone video from a nearby onlooker, who was filming the B-17 when the P-63 suddenly failed to make a full turn and slammed into the side of the bomber, visibly splitting both of the aircraft apart and causing them to slam into the ground and explode. The 6 deceased crewmen’s names were released by the official Commemorative Air Force website on November 14th and are listed below. 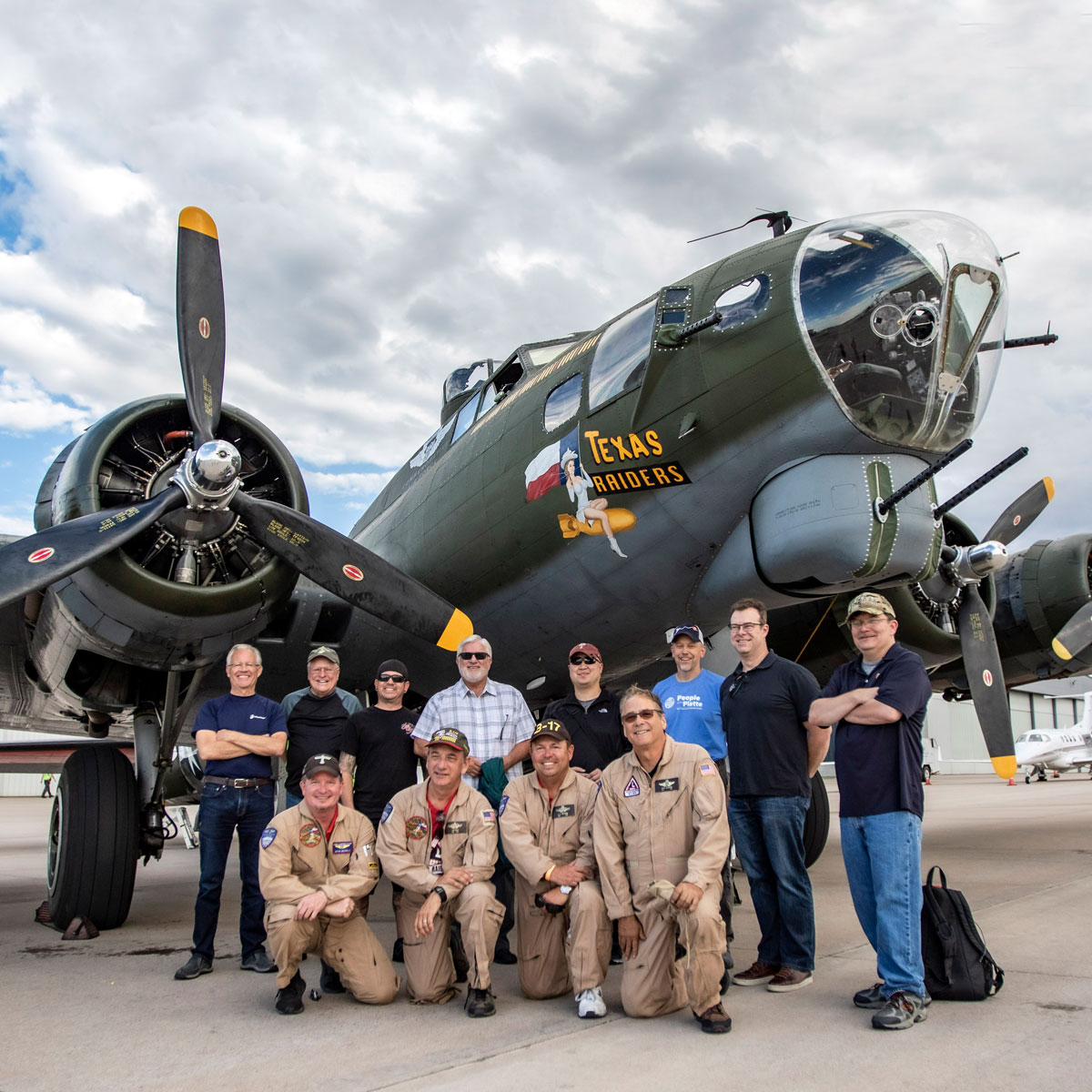 “Texas Raiders” B-17 Bomber and Crew, from CAF Website. (commerativeairforce.org)

The National Transport Security Board (NTSB) and Federal Aviation Administration (FAA) launched investigations into the crash on Saturday, with the NTSB taking over the investigation on Sunday from the FAA. In an update over Twitter Monday, NTSB member Michael Graham gave an update on the NSTB and FAA’s investigation. “The NTSB recieved the air shows common frequency recording, which is the verbal audio transmissions between pilots, and it will be processed by an Investigaitive specialist.” Graham also noted the lack of a ‘black box’ or electronic voice recorder/cockpit voice recorder. However, Graham stated that they had recovered the Electronic Flight Display of the B-17 and the GPS Navigation system of the P-63. A full FAA and NTSB report on the investigation is not expected for 12-18 months, but a Preliminary investigation is expected in 2-6 weeks from time of writing.