Two men were recently arrested in Scotland during separate processions for the coffin containing the now-deceased Queen Elizabeth II and during her son’s ascension to the throne, King Charles III. King Charles was leading the procession for his mother’s coffin through Edinburgh, Scotland when mid-procession, one Anti-Royalist protester was spotted holding a sign containing the slogan “F*** Imperialism, abolish monarchy.”. The protester was approached by two Scottish Police officers and apprehended from the crowd. While some individuals in the crowd cheered for the apprehension, others shouted “free speech” and loudly protested the action. Soon after, the procession was marked with boos over the event. 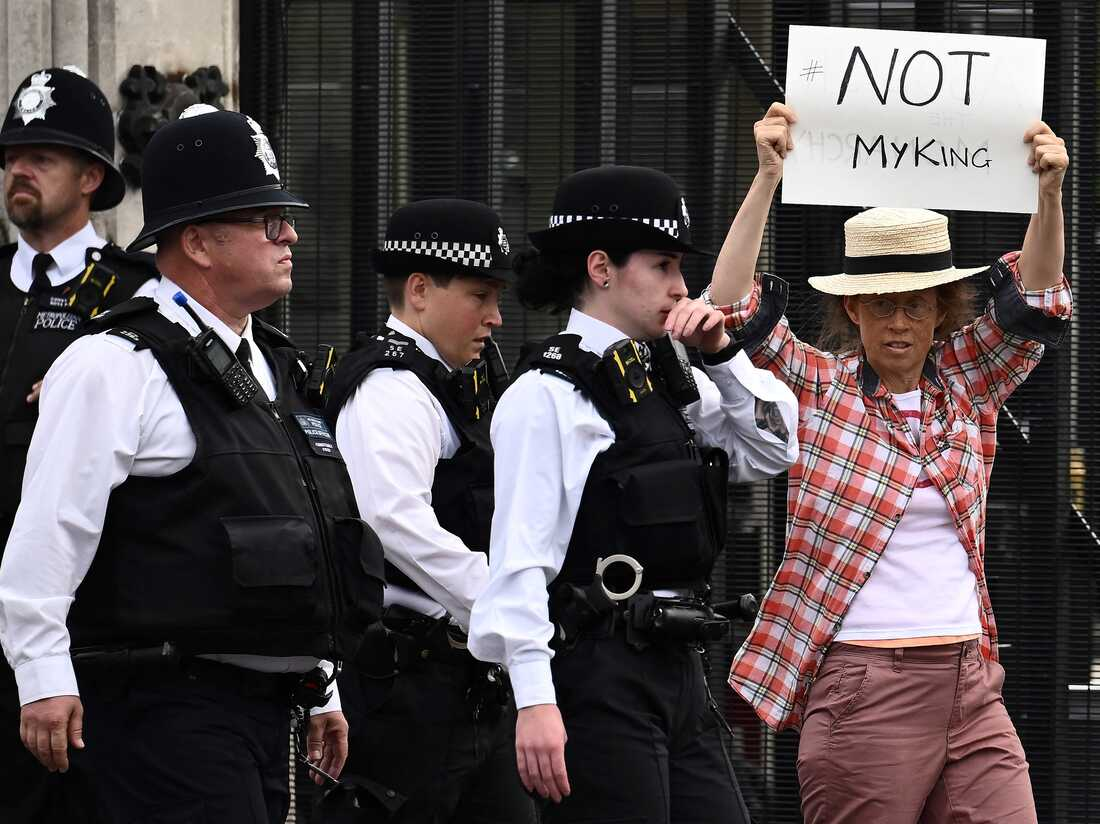 Anti-Royalist protester being approached by police officers outside of Westminster Castle in the British Capital of London, later detained (Marco Bertorello/AFP/NPR/Getty Images)

Calls for investigation into the arrests and detainments have gone largely unanswered, and more arrests are expected to follow as the Queen’s procession continues to its final destination of Westminster Abbey, where the Queen was buried with other members of the Royal Family. Anti-Royalist protests continued across Britain and Scotland, even increasing during some parts of the procession (mostly due to the aforementioned events). This led to numerous incidents with local law enforcement arresting British citizens, with many having brought up concerns over the violation of Free Speech by British police. In Northern Ireland (where anti-royalist sentiments are much more commonplace), Police often had difficulty arresting large crowds of Anti-Royalist protesters.