Pakistani police have charged former Pakistani prime minister and cricket star Imran Khan with terrorism, on accounts of him causing increased political tension in the country after he was kicked out of office in April. On Saturday, August 20, 2022,  Khan gave a speech in Islamabad, Pakistan’s capital, to his supporters where he vowed to take legal action against a female judge and the head of police. This rally comes after reports that Khan’s former chief of staff, Shahbaz Gill, was arrested in early August on sedition charges for persuading soldiers not to follow orders from higher-ups in the military, as well as treason. Khan claimed at the rally that while in custody, Gill was tortured by the police, and that the police and the female judge should be ashamed of themselves. “Listen Director Inspector General [of police], we’re not going to let you go, we’re going to file a case against you. And madam magistrate you should also get ready, we will take action against you. All of you must be ashamed,” stated Khan on Saturday. However, when Gill was discharged from a hospital on Monday after the speech, television footage and witnesses reported that he looked healthy as he was walking to a court hearing. 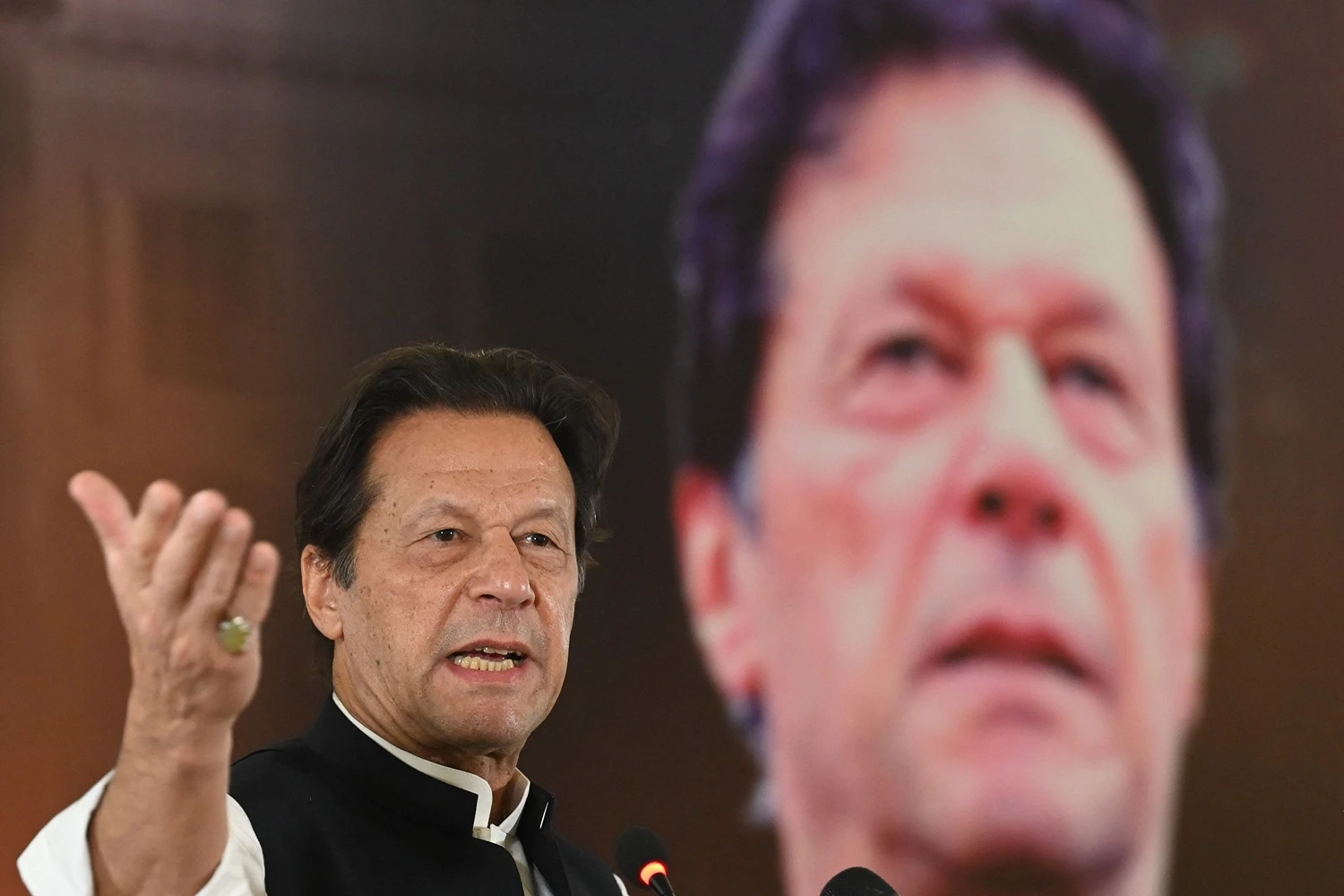 Former PM of Pakistan Imran Khan speaking at an event in Islamabad on June 22, 2022 (Photo provided by AAMIR QURESHI/AFP VIA GETTY IMAGES)

Islamabad police have spoken out against the allegations, stating that Gill had not been tortured in any way during his custody, however many of Khan’s supporters weren’t having that. On Monday, the 22nd, hundreds of members of the Tehreek-e-Insaf party, the party founded by Khan, gathered outside his home in support. Khan was given a “protective bail” in which police can’t arrest him for 3 days, and his party has warned that if he is arrested during this time, they will hold rallies nationwide in protest.

Khan faces multiple charges for threatening the judge and law enforcement, which goes against Pakistan’s 1997 anti-terrorism law, and could land him at least several years in prison. However, Khan has so far not been persecuted for his minor charges of campaigning against the government and spreading anti-government sentiment. The relationship between Khan’s government and Shariff’s government (the current one) hasn’t simmered down much ever since Khan was ousted out of power in April by a parliamentary no-confidence vote.

The vote came after the Pakistani constitutional crisis in April of this year in which Khan was accused of economic mismanagement as the value of the Pakistan rupee continued to fall and inflation rose. After that, Shehbaz Sharif of the Pakistan Muslim League was elected as Prime Minister on April 11 of the same month. Khan alleges that his ousting from power was a plot conducted by the United States government in coalition with the Pakistani military and Shariff’s government to topple his government. On Sunday, Khan made another speech to his supporters in which he claimed that the “neutrals” (his nickname for the military) are responsible for the repression of his party. “A plan has been made to place our party against the wall. I assure you, that the Sri Lankan situation is going to happen here,” stated Khan. However, he has provided no evidence to prove this claim, and all parties he cited have denied his allegations.

Moreover, Khan also accused the government of temporarily blocking access to YouTube on Saturday throughout the country so people couldn’t watch his speech online. Although, the Pakistan Electronic Media Regulatory Authority (PERMA) has been confirmed to have banned the speech from being broadcast on live tv. “This is not only a gross violation of freedom of speech but also negatively affects the digital media industry and the livelihoods of many,” tweeted Khan on Monday.

Despite Khan never providing much evidence for some of his claims, many of his supporters still hold mass protests against the government all across the nation for the former premier. “We will take over Islamabad and my message to police is … don’t be part of this political war anymore,” warned Ali Amin Khan Gandapur, a former minister under Khan.