It’s already one month into the war and not much is changing between Russia and Ukraine. Many Ukrainians continue to flee the country, and the Russian government continues to crack down on the spread of “fake news” about the war in the country. Russian President Vladimir Putin has even gone as far as to sign a new law in which anyone who is found to be spreading this “fake news” can face up to 15 years in prison. Putin has called the invasion a “special military operation” with the goal to free the separatists in Ukraine’s eastern regions from “Nazi” authorities. Many local state-backed Russian news outlets, as well as independent ones, have had to stop reporting about the war in Russia lest they want to face the potential charges. However, four independent Russian journalists had the rare opportunity to interview Ukrainian President Volodymyr Zelensky via video call on Sunday. 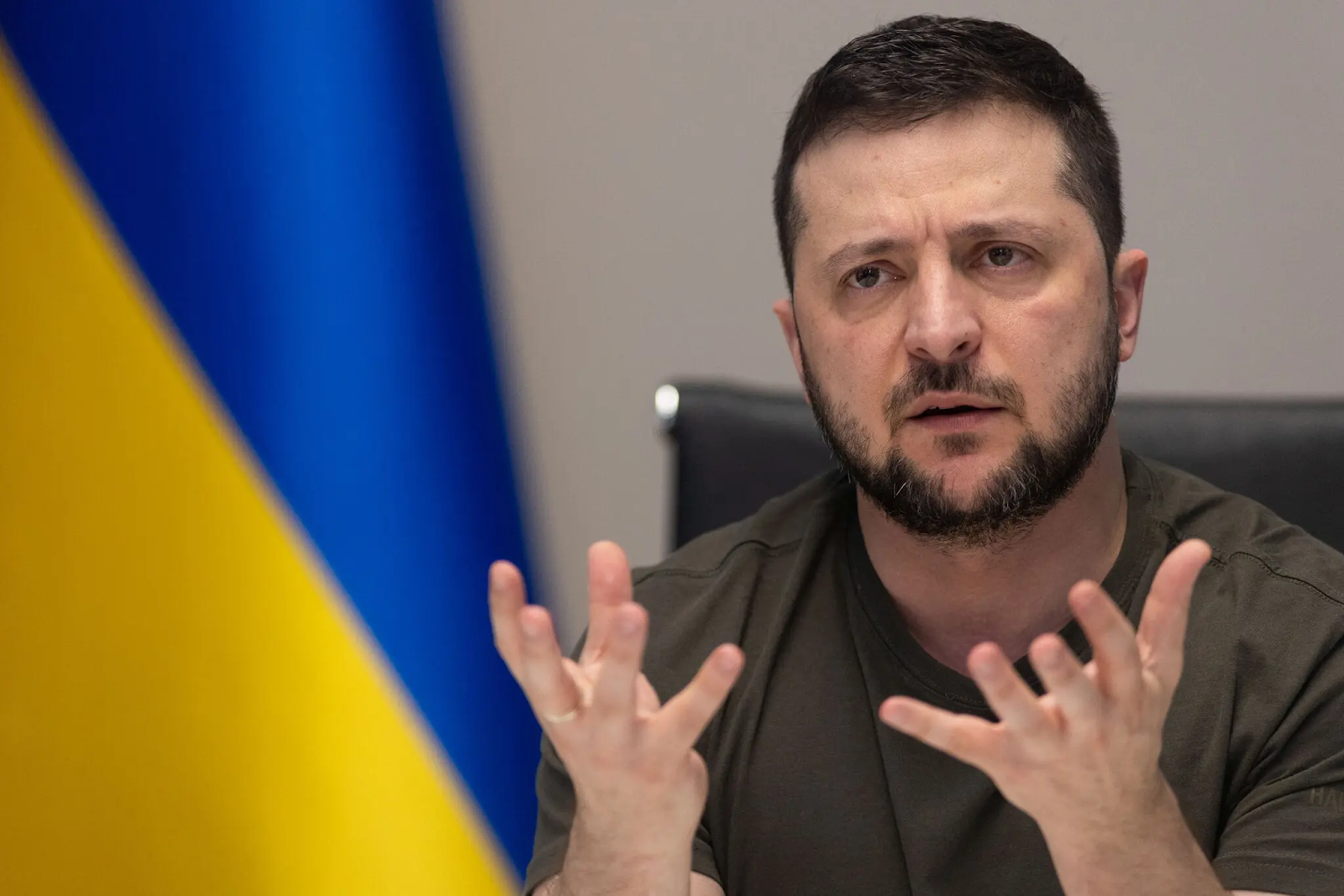 The questions were submitted ahead of time of the interview and Zelensky heavily criticized Moscow over the destruction of his country as well as its restrictions on news about the war in order to spread its own propaganda rather than the truth. “[They] destroyed freedom of speech in their state — [and are] trying to destroy the neighboring state,” told Zelensky during the video conference. “They portray themselves as global players. And they themselves are afraid of a relatively short conversation with several journalists.” However, despite all he had to say about Moscow’s political practices, he also says that he is ready to finally reach a peace agreement. Zelensky states that Ukraine is ready to accept non-nuclear status as well as put aside any ambitions for joining the North Atlantic Treaty Organization (NATO). He called upon Putin for them to meet in a neutral country so they can start negotiations to end the war.

However, shortly after the interview had been conducted, Roskomnadzor, the Russian Kremlin’s Internet regulator and censor, warned Russian news outlets from republishing/distributing the interview. “Roskomnadzor warns the Russian media not to publish this interview,” said the agency in a statement on Sunday. “The media outlets conducting the interviews will be subject to scrutiny to determine the extent of responsibility and the appropriate response to be taken.” Zelensky saw this happening and made a video response to the Russian ban where he claimed that Moscow was “frightened” by journalists who can “tell the truth.” “Well, if there is such a reaction, then we are doing everything right, then they are nervous,” said Zelensky.

Kremlin spokesperson Dmitry Peskov made a statement to CNN afterward where he affirmed that Russia was not afraid as Zelensky claimed and that they were simply just following the rules. “We have laws in ​place,” said Peskov, “and it is very important not to publish information that would amount to a violation of these laws.”