Former Walmart CEO Marc Lore has just announced his new plan to build a new sustainable metropolis which he calls “Telosa.” The name gets its inspiration from “telos,”  a term coined by Aristotle that means a higher or final purpose. The city is going to be around 150,000 acres, and Lore promises sustainable energy production, a drought-resistant water system, and eco-friendly architecture. The plan also has a so-called “15-minute city design” in which inhabitants can access schools, workplaces, and other amenities all within a quarter of an hour.

The announcement that originally unveiled the plan for the city also came with a set of images showing what the final design could look like. Among the images include greenery-covered buildings, lots of open space for residents, and autonomous vehicles traveling alongside scooters and pedestrians. Another illustration also shows a proposed skyscraper called the “Equitism Tower.” The tower boasts aeroponic farms, water storage, and an energy-producing photovoltaic roof. 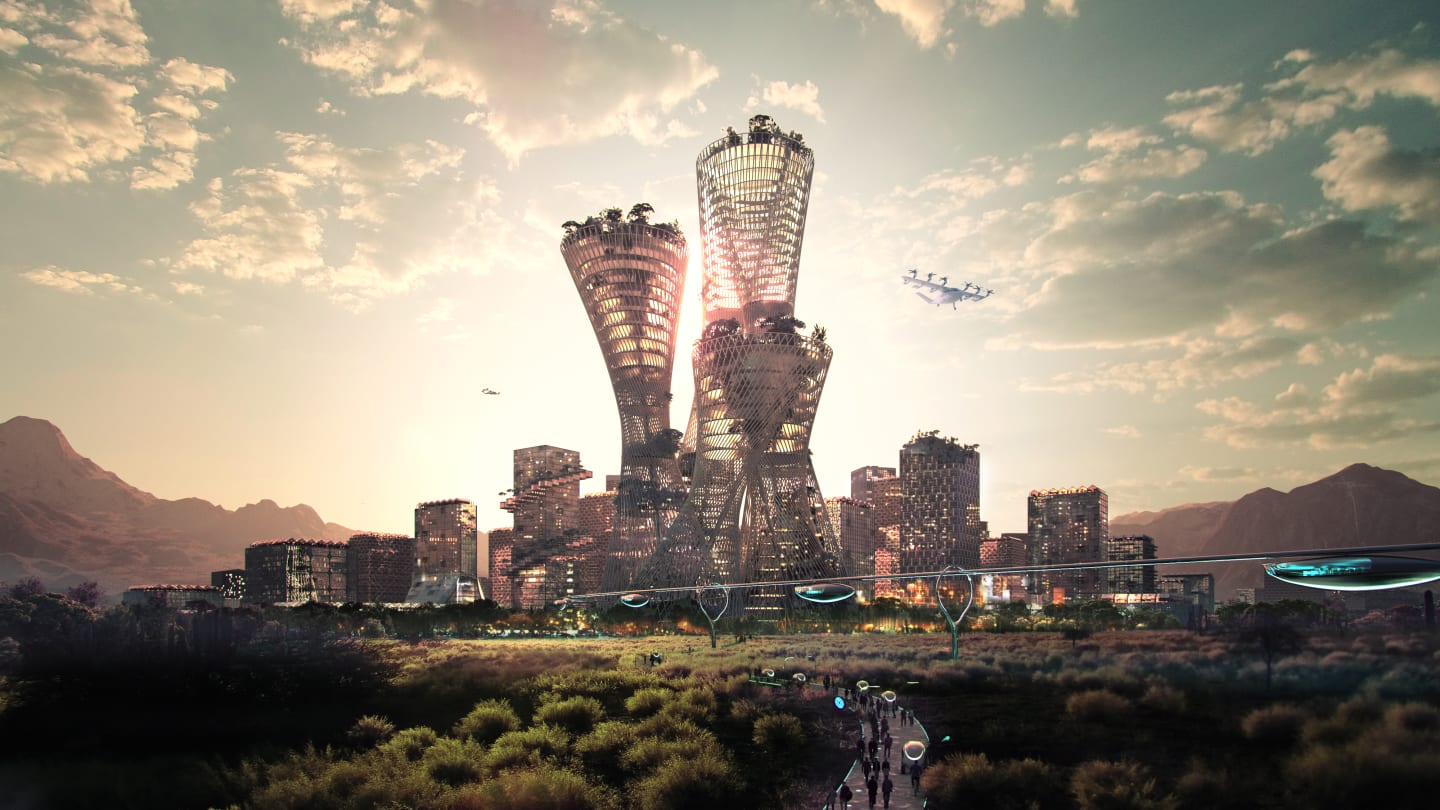 The first phase of construction is expected to cost around $25 billion and will be able to hold about 50,000 people in an area of 1,500 acres. The entire project is expected to cost around $400 billion and be able to accommodate around 5 million people at its completion within 30 years or so. While it hasn’t been clearly stated where the funding will come from,  project organizers have said they will get it from various sources such as federal/state grants, economic development subsidies, private investors, and philanthropists.

Lore has hired the BIG (Bjarke Ingels Group) architecture firm to be in charge of bringing his utopia to life, and this isn’t the first time in which BIG has had to build a city from the ground up. In January of last year, the company had also been commissioned by Japanese Carmaker Toyota to build a city in the foothills of Mount Fuji called “Woven City.” BIG’s founder Bjarke Ingels has expressed great interest in the Telosa project, and states how it perfectly ​​”embodies the social and environmental care of Scandinavian culture and the freedom and opportunity of a more American culture.”

So far, a location still has to be chosen for the city, but Lore wants to put it somewhere in the American desert. Possible sites include Texas, Arizona, Nevada, Idaho, Utah, and maybe even the Appalachian region. “The mission of Telosa is to create a more equitable and sustainable future. That’s our North Star,” said Lore.

For more information, go to my Source, or to Telosa’s official website here