Almost 6,000 Amazon workers working at a warehouse in Alabama are on the fence about whether or not they should form a union. Following reports of terrible unsettled working conditions, these workers are deciding if it would be better to make one of the biggest unionizations in the company’s history. The voting started on Tuesday and could take up to several days or more before all of the votes are counted.

However, they’re not alone on this issue. They also have the support of Democrats such as Bernie Sanders, Wisconsin Representative Mark Pocan, and New York Congresswoman Alexandria Ocasio-Cortez. On the same Tuesday night the voting began, Ocasio-Cortez tweeted a story about how a loved one worked in an occupation in Amazon delivery with horrible working conditions. So bad, that they had been forced to start “defecating in bags,” as to not lower the company’s performance. 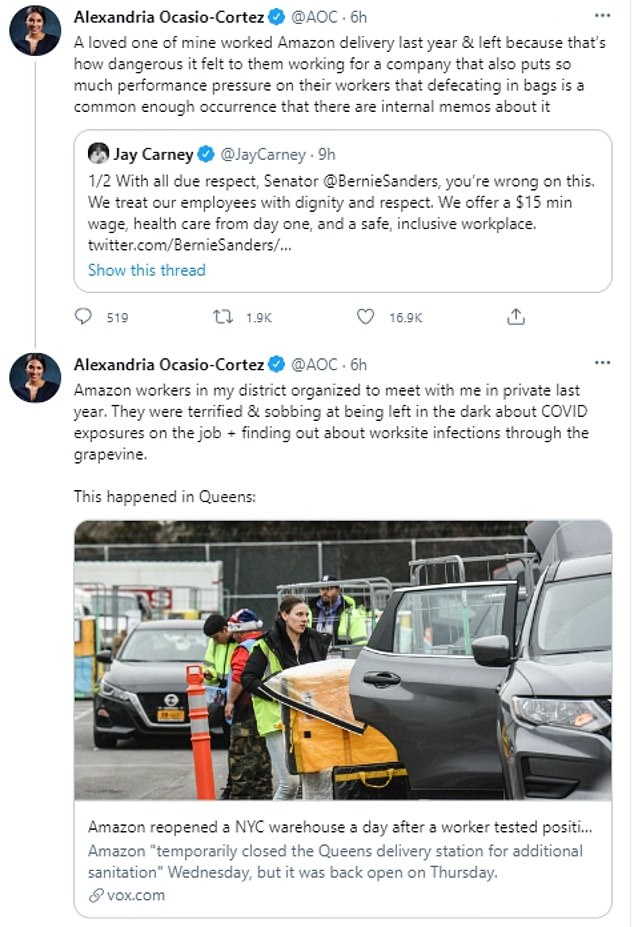 Ocasio-Cortez’s story isn’t the only one, it’s a very common complaint among delivery drivers. Many drivers have shared the same complaint, saying that the pressure limits them from relieving themselves properly. Warehouse workers also claim that they have to pee in bottles.

Before Ocasio-Cortez shared her story, Pocan also mentioned the urinating situation tweeting how, “Paying workers $15/hr doesn’t make you a ‘progressive workplace’ when you union-bust & make workers urinate in water bottles.” Amazon hastily replied to this claiming that no one would want to work for them if that were true and boasting how their workers have access to great healthcare and wages.

Even Amazon’s communications chief Jay Carney invited Bernie Sanders to take a tour of their facilities proving how faulty the claims are. However, Ocasio-Cortez quickly rejected the idea saying how a pre-scheduled tour would be staged to prove Amazon “innocent” rather than show the facilities’ true conditions. 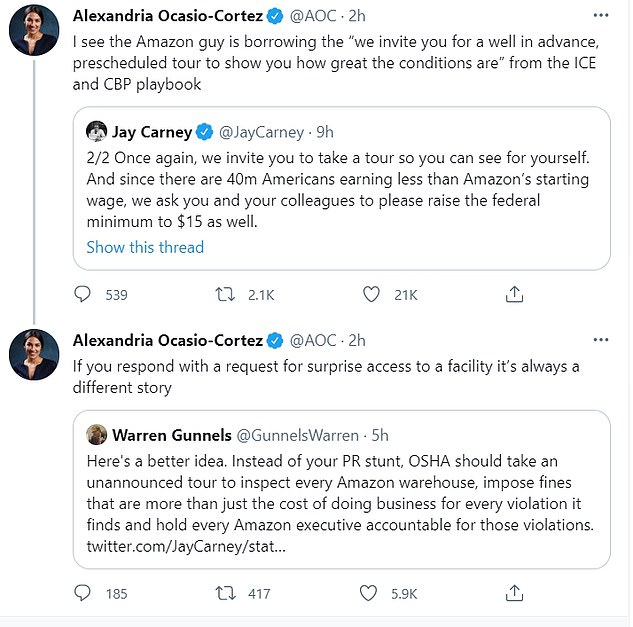 However, with all of these opinions, it’s still up to the workers themselves whether or not they should to unionize. Perhaps Amazon employees from other states might decide to follow the same footsteps, and we might see a nationwide unionization. It’d be interesting to see how Amazon might deal with a situation like that…